Yinson Gets Extension for Vietnam FPSO 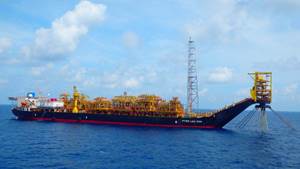 According to the second addendum to the interim contract , the FPSO Lam Son continue to work with PTSC until July 31.

"Save for the extension of the tenure, the terms under the interim contract (as may be amended, varied or supplemented from time to time) remain unchanged," the FPSO service provider said in a stock exchange annoucement.

PTSC AP is a joint venture company owned by Yinson and PetroVietnam Technical Services Corporation (PTSC) each holding 49% and 51% interest in it, respectively.

The value of the Second Addendum is estimated to be USD1.54 million (equivalent to approximately RM6.39 million), it said.

The second addendum is expected to have positive impact on the earnings and net assets per share of Yinson Group for the financial year ending 31 January 2020.