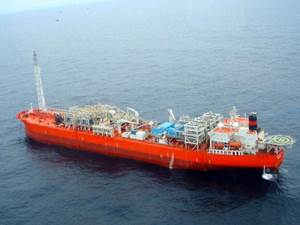 The estimated aggregate value of the contract is based on the assumption that the extension options are fully exercised, comprising the bareboat charter contract of US$617.09mil (RM2.51bil) and the O&M contract of US$284.7mil (RM1.16bil).

The FPSO is expected to commence operations at the Anyala and Madu fields by the fourth quarter of 2019.

Yinson group chief executive officer Lim Chern Yuan said the group would be redeploying one of its existing vessels, FPSO Allan, to Anyala & Madu, and the vessel would be renamed FPSO Abigail-Joseph.

FPSO Allan ceased operations on Jan 31, after a tenure of nearly 10 years at the Olowi Field in Gabon.

"The redeployment of FPSO Allan is a strategic decision that has enabled us to bring forward the project schedule at the same time delivering a more cost-effective solution for our client," said Lim.