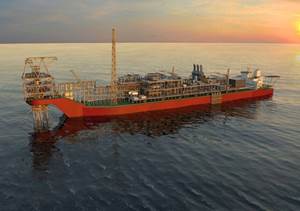 Woodside has received final approval for its Sangomar oil field development plan in Senegal, and the Australian company has now entered the "execute phase" of activities.

The FDP approval comes just days after Woodside and its partners received the Sangomar exploitation authorization from the Senegal government.

The "execute phase" means that Woodside has now executed the contract to acquire an FPSO and issued full notices to proceed for the drilling and subsea construction and installation contracts.

Japan's Modec will provide the FPSO. The FPSO will have an oil processing capacity of 100,000 bbl/day. Subsea Integration Alliance will be responsible for the construction and installation of the integrated subsea production systems and subsea umbilicals, risers, and flowlines.

Phase 1 of the Sangomar Development consists of 23 subsea wells tied back to the FPSO, which will process the oil before it is exported to the market via tankers. First oil is targeted in early 2023.

As a result of the first reserves booking for the Sangomar Development,  Woodside's reserves increased by 60 MMboe at the 2P confidence level.

"We look forward to progressing the project towards first oil in early 2023 and expect that our experience in offshore FPSO developments will support its delivery on cost and schedule.

“We are grateful for the ongoing support of the Government of Senegal and will be working with all stakeholders to ensure that the country’s first oil project delivers enduring benefits to its people,” he said.

Woodside is the operator of the project, with partners being Cairn, Far Ltd, and Petrosen, the Senegal National Oil Company.