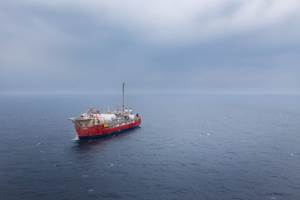 Skarpenord signed a letter of intent for the valve control systems upgrade with Rosenberg Worley, which is the main contractor for the upgrades on the FPSO.

The FPSO is being upgraded at Rosenberg Worley in Stavanger as part of Vår Energi’s investment in increased oil recovery from the Balder field in the North Sea. The Balder Future project will extend the life of the field (PL 001) by 2045, giving Norway’s oldest license a lifetime of 80 years.

Commenting on the deal, Egil Kjeldsen, managing director of Skarpenord said the agreement with Rosenberg Worley was "a great feather in the cap for Skarpenord."

He said that Skarpenord had worked to secure the contract for a long time, "in fierce competition with several other excellent suppliers."

"For us, this contract comes at an important time. We are pleased that projects like these are being realized at a time when the service and supply industry has been hit hard by the corona epidemic and the fall in oil prices,” Egil Kjeldsen said.

Jotun FPSO was built at Kvaerner Rosenberg shipyard Finland and completed at Rosenberg Stavanger in the late 90s. After more than 20 years of service at sea, the vessel recently returned to Stavanger for upgrades.

For Skarpenord, the Jotun project will start immediately, and the equipment will be delivered to the shipyard in the spring of 2021, Skarpenord said.