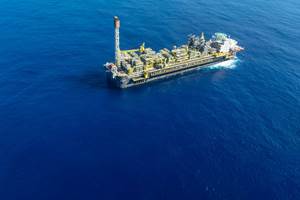 Keppel offered to build P-78, a 180,000-barrels-per-day production unit that Petrobras plans for its deepwater Buzios field, for 12.52 billion reais ($2.33 billion), the sources said, asking not to be named as the information is confidential.

A winner has not been selected and the result is unclear, the sources said.

Petroleo Brasileiro SA, as Brazil's state-controlled producer is known, declined to comment. Keppel did not immediately respond to requests for comment.

The competition marks Petrobras' comeback as a key customer for Asian shipyards, since Petrobras decided to regain ownership for part of its fleet after seven years only leasing.

Petrobras received offers on Feb. 1 for the construction of platforms P-78 and P-79, the company said on Tuesday.