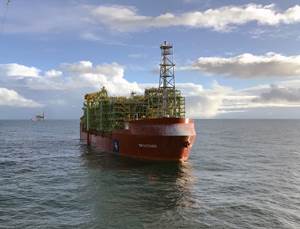 Britain's Premier Oil increased its 2019 production guidance on Thursday, saying output had been boosted by efficiency measures and a late sale from its now-divested Pakistan oil fields.

Premier's output has been buoyed in the past year by its flagship Catcher field in the British North Sea, where it expects to approve an expansion project later this quarter.

The firm, which has a market capitalization of around 750 million pounds ($963 million), sat on net debt of $2.25 billion at the end of April.

It sees that shrinking by the upper end of a $250 million to $350 million range by the end of the year at current oil prices.

The market remains focused on Premier's Zama discovery in Mexico, where it expects gross output to eventually reach as much as 175,000 boed. Results for a third appraisal well there are due in June.

In March Premier flagged a plan to submit a formal application for $800-$900 million in senior debt for its Sea Lion projects off the Falkland Islands in early May.

On Thursday it said the preparation of documents needed to secure funding for the project was "well advanced".