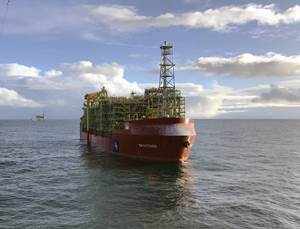 Britain's Premier Oil on Wednesday reduced its forecast for its 2019 operating costs to $12 per barrel of oil equivalent (boe) from $13 and expects debt reduction to reach the upper end of its $250-$350 million target by year-end.

Premier, which had debt of around $2.3 billion in December, expects to give the final go-ahead for two satellite fields to its North Sea flagship oilfield Catcher next month to extend the period the project produces at 66,000 boe per day.

It expects to submit applications for senior debt facilities for its Sea Lion project off the Falklands imminently. It had previously envisaged doing this by June.