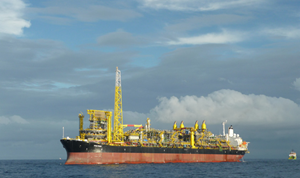 Brazilian independent PetroRio announced Wednesday that it has acquired Chevron’s stake in the deepwater Frade field in the Campos Basin offshore Brazil for an undisclosed sum.

The share purchase agreement sees the U.S. supermajor sell its 51.74% stake in the producing field, increasing PetroRio’s working interest in the concession from 18.26% to 70%. Petro Rio will also take over as the field’s operator.

Frade, a subsea development with wells tied back to a floating production, storage and offloading vessel (FPSO), produced first oil in 2009.

With the transaction, PetroRio said its combined production at Frade will reach 15,000 boepd, raising the company's total production to approximately 28,000 boepd. In addition, the company expects 2P reserves to reach 83.6 million barrels.