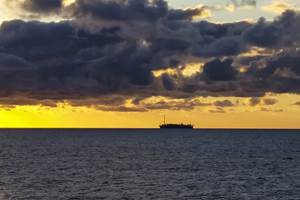 Brazil state-run oil firm Petroleo Brasileiro SA said on Monday it plans to exercise its preferential rights to operate three blocks in the next pre-salt deep water auction, due later this year, under a production-sharing contract scheme.

In a statement, Petrobras said it had told the National Council for Energy Policy (CNPE) that it wanted to operate, with a 30 percent stake, the Aram, Norte de Brava and Sudoeste de Sagitário blocks. It said the fixed signing bonus would be equivalent to 1.845 billion reais ($499 million).

Petrobras added that it could increase its stake from 30 percent by forming a consortium to participate in the bidding.

Besides the three blocks in question, the sixth pre-salt deep water auction will also offer Cruzeiro do Sul and Bumerangue fields.

"In relation to areas where Petrobras has not exercised its preferential right, the company may participate on an equal footing with other bidders, whether acting as operator or non-operator," it said.