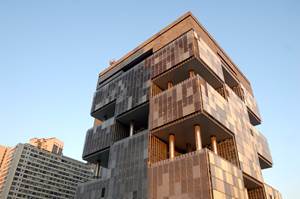 Brazilian oil company Petroleo Brasileiro SA has priced global notes worth $3 billion due in 2029 and in 2049 as it seeks to repurchase shorter-term debt obligations, according to a securities filing late Tuesday.

Petrobras, as the state-run company is known, priced additional notes from its 5.750 percent global notes program and new notes to be issued by its wholly owned subsidiary Petrobras Global Finance BV (PGF), the filing said.

The company intends to use proceeds from the new bond sales to repurchase certain outstanding debt obligations due between 2021 and 2025. The notes will be unsecured obligations of PGF and will be fully and unconditionally guaranteed by the oil firm, according to the filing.

PGF raised $750 million from the sale of notes paying a nominal annual coupon of 5.750 percent with interest payments due every Feb. 1 and Aug. 1 of each year, starting next August. The reopening price of the 2029 notes was 98.515 percent of the principal amount, Petrobras said.

The company also sold $2.250 billion in 2049 notes paying a 6.9 percent nominal annual coupon, with interest payment dates set at Mar. 19 and Sept. 19 of each year, commencing next Sept. 19, according to the filing.