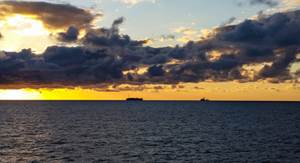 Brazilian oil company Petrobras said Monday it had ordered an FPSO from Keppel Shipyard, for deployment at the Búzios offshore oil field in Brazil.

The P-80, which will cost $2.9 billion, will have capacity to produce up to 225 thousand barrels of oil per day, process up to 12 million m3/day of gas, and store more than 1.6 million barrels. The project foresees the interconnection of 14 wells, 7 of which are oil producers and 7  injectors.

Production is scheduled to start in 2026. The P-80 will be the 28th system to operate in the pre-salt area off Brazil.

The FPSO will be equipped with the CO2 Capture, Use, and Geological Storage (CCUS) technology.

Keppel said that the design and engineering will be carried out through its centers in Singapore, Brazil, China and India. The fabrication of the topside modules, which weigh about 47,000 metric tonnes (MT) in total, will be spread across its facilities in Singapore, China, and Brazil, with the integration and commissioning, works to be completed in Singapore. Construction of the hull and accommodation will be carried out by CIMC Raffles in China. Keppel O&M will also undertake the final phase of offshore commissioning works when the FPSO arrives at the Buzios field.

"With substantial reserves, low risk, and low lifting cost, the Búzios field should reach the end of this decade with daily production of around 2  million barrels of oil equivalent per day, becoming Petrobras'  highest-producing asset. Four platforms are currently operating in the  Búzios field (P-74, P-75, P-76, and P-77) and another four units are under construction process (FPSO Almirante Barroso; FPSO Almirante  Tamandaré; P-78, and P-79)," Petrobras said.

Petrobras is the operator of the field with a 92.6% stake, with CNOOC and CNODC as partners, with 3.7% each.