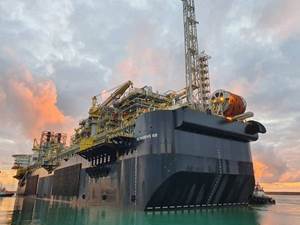 Brazil’s Petrobras is on track to become the world’s largest oil producer among publicly listed companies by 2030, based on Rystad Energy’s latest data and forecasts.

However, national oil company Petrobras could not have asked for a better outcome. The world’s fastest growing oil producer gained nearly full control of more than eight billion barrels of oil in the Buzios field, where a sixth floater is being planned. To develop these and other resources off the coast of the South American country, Brazil is set for a whopping $70 billion offshore capital investment spree between 2020 and 2025, solely on field development. This program will have a monumental effect on Petrobras.

"Petrobras can, in a matter of years, become the world’s largest oil producer among publicly listed companies. The significance is huge and symbolic," commented Aditya Ravi, vice president of Rystad Energy’s upstream team, specialized in E&P activities in Latin America. “We predict that Petrobras alone can boost its production numbers by more than 1.3 million barrels per day over the next decade.” 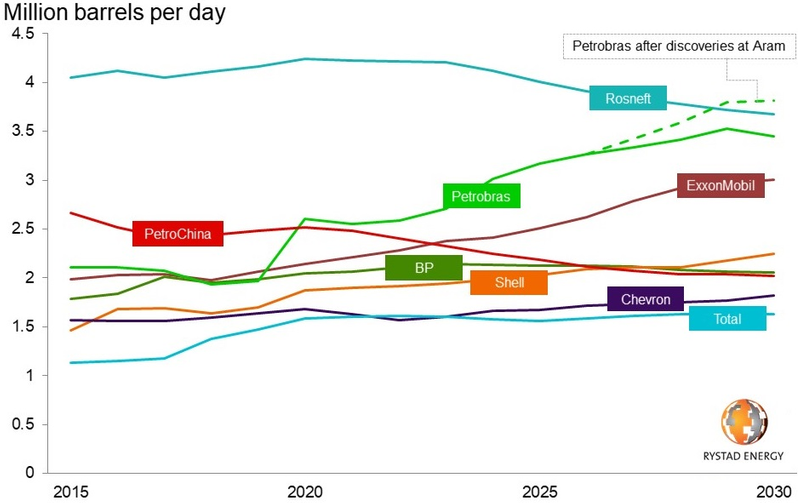 During the course of 2019, Petrobras has evolved from fifth place to become the third largest oil producer, reaching output of around 2.2 million bpd in the third quarter. As it stands, Rosneft and PetroChina top the list over the world’s largest public E&P companies.

Based on Rystad Energy’s latest forecasts, Petrobras could be poised to overtake PetroChina over the next few months, and potentially dethrone the ruling Russian producer Rosneft over the next decade, thanks in no small part to its latest acquisitions.

Brazil’s production could be pushed from 2.8 million bpd in 2019 average to over 5.5 million bpd thanks to Petrobras’ potential peak output of almost 3.8 million bpd by 2030 (accounting for a commercial discovery at Aram).

“Joining OPEC could cause a major disruption for Brazil, bringing the country into the spotlight with the potential risk of having its wings clipped by the cartel just as production takes off,” Ravi cautioned. 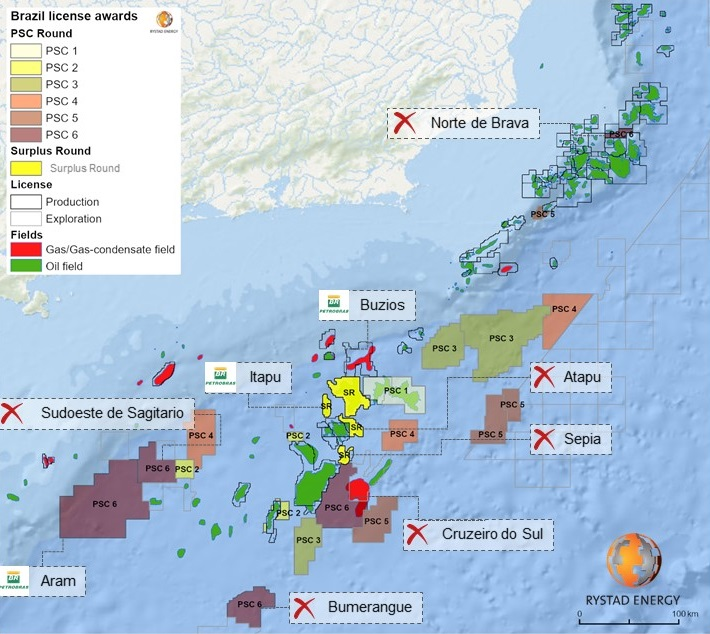 Blocks on offer and awarded in the PSC 6 and Surplus rounds. (Source: Rystad Energy and analysis, November 2019)

This potential shift in ranking has been spurred on in the aftermath of the three Brazilian licensing rounds organized over the past five weeks by the National Petroleum Agency (ANP), in which 45 blocks were on offer. With only one-third of the blocks receiving bids, the rounds raised concerns that Brazil lacks the luster that in the past ensured active and competitive bid rounds. In the wake of these rounds, the Brazilian Energy Minister remarked that the current legal and tendering structure could warrant a re-think, including a look at Petrobras’ preemptive rights on oil blocks. Others have voiced dismay over the steep signature bonuses.