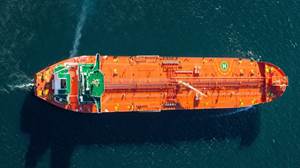 Tanker operator AET has won a long-term deal with the Brazilian oil company Petrobras for the charter of three shuttle tankers that will offload oil from Petrobras' offshore oil platforms and FPSOs.

The company will own and operate the newbuilding Suezmax DP2 Shuttle Tankers for operations in Brazilian international waters. The estimated contract value is $525.6 million and the charter is expected to start in 2022.

AET in December 2019, signed a similar contract with Shell, also in Brazil. AET then said Shell would charter three Suezmax DP shuttle tankers for operations in international and Brazilian waters. The estimated contract value for the Shell deal is $245 million and the charter is expected to start in 2022.

While AET said the Petrobras and Shell deals were for long-term charters, the company did not announce the exact duration of the two contracts.