Orcadian Energy, a UK North Sea-focused oil and gas development company previously known as Pharis Energy, has said it has received three expressions of interest for the provision of an FPSO for its Pilot field development.

The company engaged Crondall Energy to approach the appropriate FPSO providers on its behalf and it said Thursday it "has been delighted with the quality of the responses," without disclosing the names of the FPSO providers.

"Three of the four companies, currently operating FPSOs on the UKCS, submitted detailed proposals to Orcadian. The company will now enter into discussions to clarify the proposals which the Directors expect to take several months. The company anticipates announcing its preferred partner for the development of Pilot in due course," Orcadian said.

Steve Brown, Orcadian's CEO, said: "We were very pleased to have received three such high-quality expressions of interest for the provision of an FPSO for the Pilot development. We will be evaluating these proposals and discussing them with the contractors, to optimize both the vessel selection and the technical and commercial framework for engaging an FPSO contractor as a partner in the development of Pilot."

Orcadian was awarded the P2244 license containing the Pilot field in 2014 in the 28th licensing round. The Pilot field was discovered by Fina in 1989 after a successful well on the Harbour field which proved up mobile oil in the Eocene Tay sands.

Orcadian submitted a concept select report for the field development to the UK Oil and Gas Authority in September 2020. The development concept includes an FPSO & two WHPs. The company has also decided to include a floating wind turbine in the proposed development concept and said that the cost of such operation would be more than offset by the elimination of a gas import pipeline and the cost of the gas it would have purchased.

According to info on Orcadian's website, Pilot has been estimated to hold 263 mmbbls of oil in place with proven plus probable reserves of 79 mmbbls based upon a low salinity polymer flood. 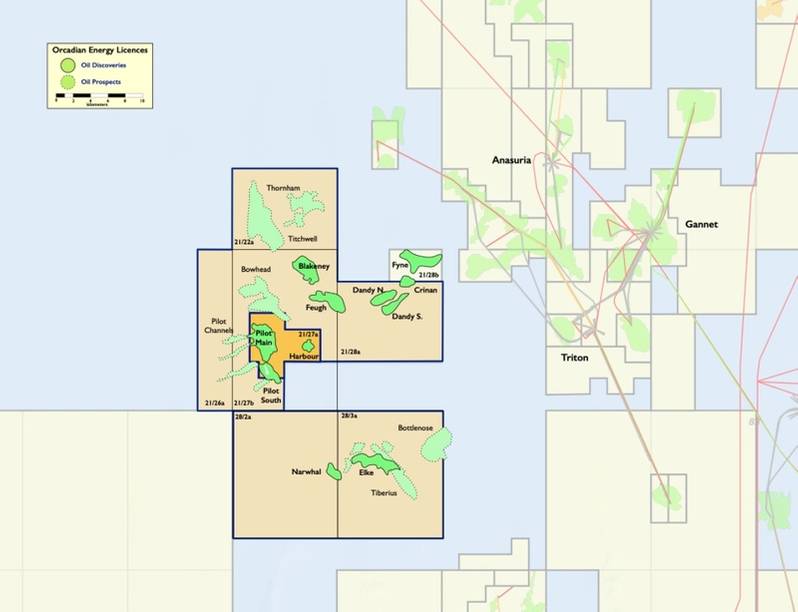