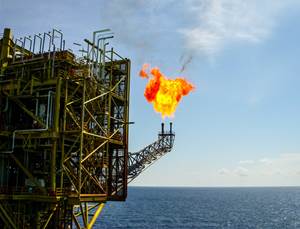 Oil prices jumped about 3% on Friday, hitting their highest levels in over a year, following a stronger-than-expected U.S. jobs report and decision by OPEC and its allies not to increase supply in April.

For the week, Brent was up almost 4%, putting it on track to rise for a seventh week in a row for the first time since December, while WTI was up about 7% after gaining almost 4% last week.

Both contracts surged more than 4% on Thursday after the Organization of the Petroleum Exporting Countries and allies, together known as OPEC+, extended oil output curbs into April, granting small exemptions to Russia and Kazakhstan.

Investors were surprised that Saudi Arabia had decided to maintain its voluntary cut of 1 million bpd through April even after the oil price rally of the past two months on the back of COVID-19 vaccination programs around the globe.

In addition, the market got a boost after a report showed the U.S. economy created more jobs than expected in February.

The nonfarm payroll report "shows that Americans are closer to pre-pandemic behavior that will drive strong demand for crude," said Edward Moya, senior market analyst at OANDA in New York.

Traders also noted the rising dollar, which hit its highest since November, was limiting the gain in crude prices. A stronger dollar makes oil more expensive for holders of other currencies.

However, analysts and traders have warned that slow physical crude sales and recovery for demand not predicted until around the third quarter suggest that the price rally is unwarranted.

"The market suggests a tightness that does not exist. Therefore, we continue to believe that the price risk is mainly downward and that the current price is overshooting," Hans van Cleef, senior energy economist at ABN Amro said.

India, the world's third-biggest oil importer and consumer, warned that the OPEC+ decision to extend cuts as prices move higher could threaten the consumption led-recovery in some countries.

The recovery in oil prices to pre-pandemic levels has also spurred U.S. oil drillers to return to the well pad. The rig count has risen for six straight months, according to energy services firm Baker Hughes Co, whose weekly data is due at 1 p.m. ET.