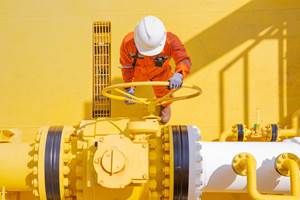 Crude oil prices settled slightly lower on Tuesday after Brent rose above $75 a barrel for the first time in over two years, as OPEC+ discussed raising oil production.

OPEC+ is discussing a gradual increase to oil output from August, but no decision has been taken on the exact volumes, an OPEC+ source said on Tuesday.

The Organization of the Petroleum Exporting Countries (OPEC) and allies, collectively known as OPEC+, is already returning 2.1 million barrels per day (bpd) to the market from May through July as part of a plan to unwind last year's record output curbs gradually as pandemic-hit demand recovers.

The group meets next on July 1.

Both benchmarks have risen for the past four weeks in response to the global rollout of COVID-19 vaccinations and an expected pick-up in summer travel.

"(Because) of tight physical markets and healthy demand perceptions, the risk remains skewed to the upside," oil brokerage PVM said.

BofA Global Research raised its Brent crude price forecasts for this year and next, saying tighter oil supply and recovering demand could push oil briefly to $100 a barrel in 2022.

The heads of top energy companies said at the Qatar Economic Forum on Tuesday that while benchmark oil prices could hit $100 a barrel and price volatility could also grow due to lower investments and the energy transition.

"There's a lot of people talking about $100 crude and that's driving the market," said Bob Yawger, director of energy futures at Mizuho.

BP Chief Executive Bernard Looney on Tuesday told Reuters there was "a very strong possibility" high price levels would be sustained over the coming years, "and if they do, it's very good for our strategy."

Raisi on Monday backed talks between Iran and six world powers to revive a 2015 nuclear deal but flatly rejected meeting U.S. President Joe Biden, even if Washington removed all sanctions.

U.S. crude stocks were expected to have dropped for a fifth consecutive week last week, with distillate and gasoline stocks both rising, a preliminary Reuters poll showed on Monday.