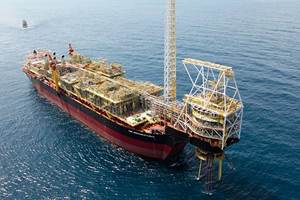 Occidental Petroleum Corp agreed to sell its interests in two Ghana offshore fields for $750 million to Kosmos Energy and Ghana National Petroleum Corp, the oil and gas producer said on Wednesday, as it looks to cut the debt it took on with its purchase of Anadarko Petroleum.

The deal includes Occidental's interests in both the Jubilee and TEN fields, which together had net production of 22,000 barrels of oil equivalent per day for the second-quarter of 2021.

An uptick in oil and gas prices have prompted companies to offload assets that they do not consider core to their business, spurring a number of smaller asset deals.

Occidental said the proceeds from the Ghana asset sale will be used to cut debt. The company's divestitures as well as free cash flow generation have helped it repay about $4.5 billion of debt year-to-date.

The oil producer has cut jobs, production and the value of its assets after the pandemic hammered fuel demand, piling pressure on a company that had taken on significant debt to acquire Anadarko Petroleum for $38 billion in 2019.

Occidental had sold some of its acreage in Texas' Permian basin for $508 million this year, while it also divested some of its assets in Wyoming, Colorado and Utah for about $1.33 billion last year, as well as some onshore assets in Colombia for $825 million.