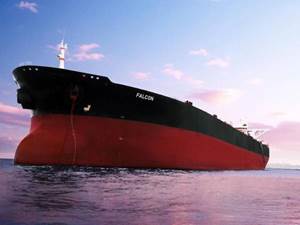 The Bergen-based company, part of Singapore's SembMarine, said that the contract covers the engineering, procurement, and construction of 7 modules for the gas treatment, gas compression, utilities, and flare systems for the FPSO.

Kristian Utkilen, Aragon’s Managing Director stated: "We are pleased to have been selected by Yinson after a rigorous evaluation and bidding process which has shown us to be the best candidate for delivering these complex process modules, including our execution model of fabricating in China with Jutal Offshore Services."

"Contracts such as this for complex process module design and delivery for projects all over the world are core to Aragon’s strategy in FPSO, FLNG, and FSRU projects."

Aragon did not provide the financial details of the contract with Yinson.

The FPSO is currently being built - converted from the Falcon VLCC - in China. According to WorldEnergyReports.com, the FPSO conversion works are being carried out at the Cosco Nantong shipyard, while the topside integration work will be conducted by Keppel.

It is on track to be deployed offshore Brazil by Q1 2023 where it will stay for 25 years on a $5.4 billion contract. This will be Yinson’s first vessel to operate in Brazil waters. It will have a storage capacity of 1.6 million barrels. It is owned by Yinson (75%) and Sumitomo (25%)