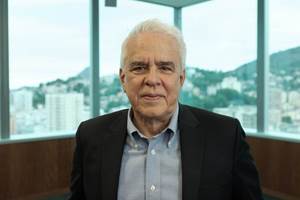 Citing unnamed sources close to the matter, Valor said CEO Roberto Castello Branco is trying to push out independent board members Segen Estefen and Durval Santos, whose terms end in 2020.

The board is expected to decide soon on a "transfer-of-rights" dispute with the government, which is worth billions of dollars and relates to a promising offshore oil area. With the departure of Estefen and Santos, the new government would name four of 11 board members at Petrobras, as the company is known, given the recent resignation of two other board members.

Such an abrupt turnover for theoretically independent board members underscores long-standing corporate governance questions for the hugely influential oil company, which past governments have often used as a blunt tool for economic policy.

Petrobras did not immediately reply to a request for comment.

Economy Minister Paulo Guedes has railed against the state's outsized role in the Brazilian economy, even proposing that Petrobras and other state-run firms be privatized or split up.

Preferred shares of Petrobras slipped 1.2 percent in early trading, more than the 0.2 percent decline of the benchmark Bovespa stock index.

Earlier this week, Petrobras said in a filing that the country's audit court was analyzing a potential $14 billion payment from the government to the company to settle the transfer of rights issue. The Economy Ministry had denied reports that this would be the final number.

A government credit on that scale for Petrobras would add to headaches for Guedes and new President Jair Bolsonaro, who are struggling to rein in a gaping budget deficit.