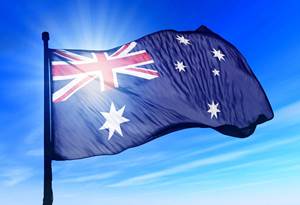 Partners in the Barossa project have taken another step toward a final investment decision (FID) with the awarding of the contract for the floating production, storage and offloading (FPSO) facility to MODEC International Inc., project partner Santos announced on Tuesday.

The FPSO contract is the project’s biggest - comprising engineering, procurement of materials, equipment and services, construction, installation, commissioning and testing of the facility.

The Barossa project is nearing the end of the front-end engineering design (FEED) phase and includes an FPSO facility, subsea wells and subsea production system, and gas export pipeline.

The FPSO, scheduled for delivery in 2023, will be located in the Barossa field, 300 kilometers north of Darwin, and export gas to Darwin LNG via a new 260 kilometre pipeline tied into the existing Bayu-Darwin pipeline. The FPSO will also store condensate for periodic offloading to tankers.

The Barossa FPSO is MODEC's largest size of gas FPSO to date, which will be able to export over 600 million standard cubic feet of gas per day as well as store up to 650,000 barrels of condensate for export.

The FPSO will be the first application of MODEC's M350 Hull, a next generation new built hull for FPSOs, full double hull design which has been developed to accommodate larger topsides and larger storage capacity than conventional VLCC tankers, with a longer design service life of 25 years and beyond. The hull will be built by Dalian Shipbuilding Industry Co., Ltd. (DSIC) in Dalian, China.

The FPSO features a boiler and steam turbine based power generation system instead of conventional gas turbines, which helps reduce the carbon dioxide footprint of the facility.

"We are extremely honored and proud to have been selected to provide the Gas FPSO for Barossa project," commented Yuji Kozai, President and CEO of MODEC. "This contract award of a Gas FPSO reinforces one of our important business strategies, which we aim to penetrate into gas-related market. Also this new contract represents a significant milestone for MODEC in applying our next generation new built FPSO hull design of which we have developed to meet the new market demands for larger FPSOs. We are equally pleased to be a part of the team that will provide natural gas, a major clean energy source, for the benefit of the people and environment."

The Barossa FPSO will be MODEC's 6th FPSO in Australia and this contract award confirms its advanced position as the leading FPSO service provider in the country.

Santos Managing Director and Chief Executive Officer Kevin Gallagher said, “This contract with MODEC is the result of a FEED competition and its award is our biggest step towards pushing the button on the development of Barossa.”

“The project is technically and commercially robust, and we are closing in on FID early in the new year, with contracts for the subsea umbilicals, flowlines and drilling of six subsea production wells to be awarded in the near future.”

Santos holds a 25% interest in the Barossa joint venture along with partners ConocoPhillips (37.5% and operator) and SK E&S (37.5%). Santos is also a joint venture partner in Darwin LNG with an 11.5% interest.

On October 14, Santos announced the acquisition of ConocoPhillips’ northern Australia portfolio including its interests in Darwin LNG, Bayu-Undan and Barossa. Completion of the transaction and planned sell-down to SK E&S will see Santos’ interests in these assets increase to 43.4%, 43.4% and 62.5%, respectively.