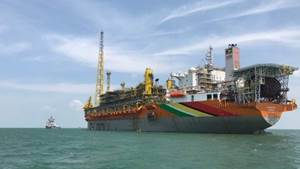 A group of 19 companies including oil majors, trading houses and state-run firms were approved by Guyana's government for the next phase of a competitive process aimed at selecting an agent for marketing its share of crude produced in the country.

Each party is entitled to a portion of production for exports, including the government, which is seeking a third party to help it sell the crude through a 12-month contract as the country has no refineries or national oil company.

More than 30 oil firms in April submitted expressions of interest for the contract to market the government's share of crude.