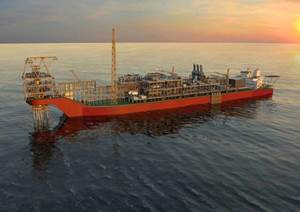 FAR, an Australian oil and gas company with a share in the $4.2 billion Sangomar oil and gas field in Senegal, will not stand in the way to its partner Cairn divesting its stake in the project.

FAR, as a partner in the project, was offered a preemptive right over the sale, but the company decided to pass on the opportunity.

"FAR has advised Cairn that FAR does not intend to pre-empt the transaction or object to the proposed transfer of Cairn’s working interest in the RSSD Contract Area to Lukoil," FAR said.

FAR's decision not to pursue the option to buy Cairn's stake was not unexpected. Namely, the cash-strapped company is also looking to sell its share in the Sangomar development, as it has been in default over the payments of its share of costs for the development of the project.

To remind, Woodside, Far, Cairn, and Petrosen, in early 2020 made the $4.2 billion Final Investment Decision (FID) on the Sangomar offshore oil field project, kicking off the field development works.

However, Cairn and Far then hit a snag with securing financing for their part of Sangomar capex, with Far blaming the financing issues on the coronavirus pandemic and oil price crash.

"FAR remains in default of its payments to the RSSD joint venture, with the effective date of 23 June 2020. The June, July and August cash calls are currently unpaid and total US$28.2M. The interest accrued to date on these payments is US$0.07M. As at 31 July 2020 FAR has cash of US$63.4M. FAR has 6 months from the date of default to make good its payments (plus interest) to the joint venture to come out of default," FAR said Thursday. The company is looking to sell all or part of its working interest in the project.

At the time of the project sanction FAR held a 15% stake in the Sangomar project, Cairn Energy held 40%, Australia's Woodside 35%, and Senegal's national oil company Petrosen 10%. Petrosen last week exercised its right to increase its stake to 18%.

Worth noting, while FAR waived its pre-emption rights on the Cairn-Lukoil deal, Woodside, the operator has swooped in and matched the bid, blocking out the Russian company.

FAR’s Managing Director, Cath Norman said Thursday: “It is pleasing to see the operator, Woodside, and Petrosen showing their support for the Sangomar Field development by increasing their working interest in the project. Unfortunately, due to the COVID crisis and related rout in oil price, FAR continues to pursue a sale of all or part of FAR’s stake in lieu of concluding financing for the development. The Cairn sale is a
sign that there is international appetite for this world-class project, even during challenging times.”

Following Petrosen's decision to increase it stake in the project, and pending Woodside successful acquisition of Cairn’s interest, the working interest of the remaining joint venture partners in the Sangomar exploitation area will be Petrosen 18%, FAR 13.67%, and Woodside 68.33%.

The working interest in the remaining RSSD evaluation area (including the FAN and SNE North oil discoveries) will be Petrosen 10%, FAR 15%
and Woodside 75%.

The $4.2 billion Sangomar development is expected to start oil production in 2023, via a MODEC-supplied FPSO.