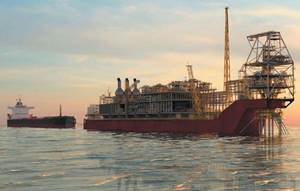 Australian oil company FAR Ltd. has signed a deal with Glencore, one of the world's largest oil marketers, for the full allocation of Far's share of the future oil production from the Sangomar field offshore Senegal.

FAR, which owns a 15% stake in the recently sanctioned, Woodside-operated Sangomar offshore oil field, said Wednesday it had signed a binding Memorandum of Understanding with Glencore, that "provides FAR with access to the extensive marketing and offtake resources of one of the world’s leading marketers of crude oil."

“FAR will benefit from Glencore’s global network and multi-decades expertise in the oil and gas landscape, including access to Glencore’s unprecedented track record in successfully creating markets for new qualities of crudes, thereby maximizing the intrinsic value of the Sangomar barrels,” FAR said.

Glencore, with Macquarie and BNP Paribas, is also a party to a $300 million reserve-based loan package recently announced by FAR. FAR plans to use the proceeds from the loan to fund its share of the Sangomar Development Capex. Glencore, Macquarie, BNP have committed to providing a $100 million each.

In a statement on Wednesday, detailing the Glencore offtake agreement, FAR said:"Provided Glencore remains a lender to FAR […], the [Sangomar oil] offtake is expected to be for a period of 7 years following first oil with a minimum of 20 million barrels (representing FAR’s share of the project) expected to be produced during that time."

The reserves for the Sangomar Phase 1 development are 231MMbbls of oil (2P gross) of which 28MMbbls are net to FAR.

The Sangomar Phase 1 development, sanctioned earlier this month, is expected to produce 231MMbbls of oil (2P gross) and is planned to consist of 23 subsea wells.

The wells will be tied back to MODEC-supplied floating production storage and offloading facility (FPSO) for processing prior to export to the market via tankers.

First oil is expected early in 2023. The FPSO is designed to allow the integration of future development phases, including potential for gas export to shore.

Woodside is the operator of the Sangomar project, with partners being Cairn, Far Ltd, and Petrosen, the Senegal National Oil Company.

A further 253MMbbls of contingent resources of oil (2C gross), of which 32MMbbls are net to FAR, are currently planned to be developed in future phases of the Sangomar Field development. These future phases will be refined with results from the Phase 1 development.