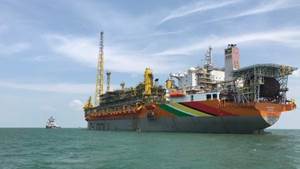 Exxon Mobil Corp said on Thursday it had named its former Qatar country manager as the chief of its operations in Guyana, a South American country that just started producing crude last year and is seen as key to the company's future.

Alastair Routledge takes over after the company, as part of a consortium with Hess Corp and China's CNOOC Ltd, has discovered some 8 billion barrels of oil and gas off the coast of Guyana, a poor country with no history of oil production.

While crude exports have the potential to spur economic development, Routledge will have to contend with political turbulence after a disputed March presidential election. Exxon Chief Executive Darren Woods told investors in May that the uncertainty had "slowed government approvals and progress."

Guyana President David Granger has remained in office since the vote, even though a preliminary recount showed opposition candidate Irfaan Ali won. The United States has called on Granger to "step aside," but Granger insists he has not interfered with the vote or the ongoing court review.

Exxon expects to produce 750,000 barrels per day of crude in Guyana by 2026, but has said the political uncertainty has delayed government approvals for its third offshore project.

Mark Bynoe, the Guyanese government's director of energy, has said Exxon must make improvements to its Payara plan.

(Reporting by Neil Marks in Georgetown and Luc Cohen in New York; Editing by Dan Grebler)