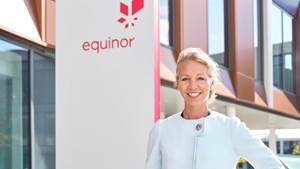 Equinor and its partners expect to reach a final investment decision (FID) for Rosebank, one of the largest undeveloped oil and gas fields on the UK continental shelf, by May 2022, the Norwegian major said on Tuesday.

The Rosebank field was discovered in 2004 and lies about 130 kilometers northwest of the Shetland Islands in water depths of approximately 1,110 meters. Previous operator Chevron had estimated that the field could hold more than 300 million barrels of recoverable oil.

Equinor holds a 40% operated interest in the Rosebank project, which it acquired from Chevron in 2018. Other Rosebank partners Suncor Energy and Siccar Point Energy hold 40% and 20% respectively.

“We believe there is more value to capture in Rosebank including the opportunity to reduce development cost. There are similarities with other recent projects in Equinor’s portfolio, such as Johan Castberg and Bay du Nord, where we have made significant improvements to the concept approach, particularly in how we design and plan new developments in harsh environments, but also through the application of digitalization.

“We see that improvements in the concept and planning phase will also support an efficient execution of the project,” Felin continued.

The Rosebank project team has been established, and technical and strategic work and studies are underway, Equinor said.

The operator did not provide development cost estimates, but consultancy Wood Mackenzie said last year it could cost more than $6 billion.