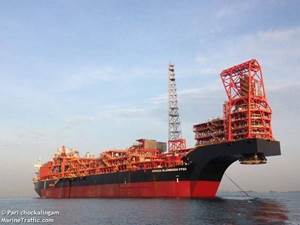 The field has been developed as a tie-back to the Armada Olombendo FPSO.

The Cabaça North development, with an expected peak production rate in the range of 15 kbopd, will increase and sustain the plateau of the Armada Olombendo, "a zero-discharge, zero-process flaring FPSO" with an overall capacity of 100 kbopd.

This is the second start-up achieved by Eni Angola in 2021, after the Cuica field started producing in July. A third start-up is expected within the next few months, Eni said, with the Ndungu Early Production in the Western area of Block 15/06.