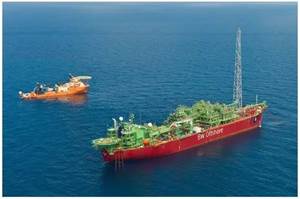 The FPSO was sold to PT Bahari Inti Tanker and PT Cahaya Haluan Pasifik, both of which are Indonesian companies, in consortium with PT Buana Lintas Lautan Tbk, a company publicly listed in Indonesia.

The FPSO received first gas on the TSB field offshore Indonesia ten years ago, in June 2012.