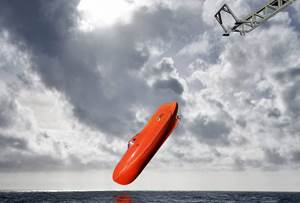 Offshore safety equipment provider VIKING has said it has won a contract with FPSO supplier BW Offshore to deliver has selected VIKING Norsafe free-fall lifeboats, daughter craft, and davits for a large FPSO project which will operate off northern Australia.

While VIKING did not share the exact name of the FPSO project, this is most likely the Barossa FPSO BW Offshore is building for deployment at Santos' Barossa project.

The safety equipment provider said that the primary means of evacuation from the FPSO will be three VIKING Norsafe GES-50 Mk. III Free-fall Lifeboats - each able to carry 70 people - with secondary launch and recovery achieved by corresponding HD-50 Davits.

Also part of the package is a VIKING Norsafe Munin-1000 Daughter Craft with a capacity for 21 persons and a PLR-12005 Davit for launch and recovery. With a SOLAS crew of three persons, the Munin-1000 boat can recover 18 survivors from the water and is fitted with twin 300hp engines and waterjets – giving the power and maneuverability to fulfill its Search and Rescue role, VIKING said.

VIKING said it would supply pre-tested boats and fully assembled davits for plug-and-play installation to reduce site activities subsequent to delivery. After the FPSO goes on stream, the VIKING team in Perth, Australia will provide backup and maintenance support for the boats and davits. VIKING did not share the financial details of the order.

Santos' Barossa gas development will comprise a BW Offshore-supplied FPSO, subsea production wells, supporting subsea infrastructure, and a gas export pipeline tied into the existing Bayu-Undan to Darwin LNG pipeline. First gas production is targeted for the first half of 2025.