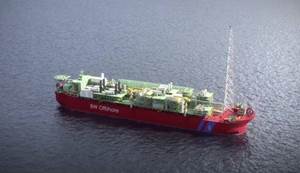 The contract, valued at S$197 million (around $148 million), is for the supply, fabrication, and construction of topside modules for the Barossa FPSO.

Dyna-Mac also said Monday it was assessing the need to expand its yard capacities and that it was increasing its local and overseas fabrication capacity to meet potential demand for FPSO topside modules, LNG, and hydrogen/ammonia production modules. It did not provide further details.

As for the BW Offshore FPSO Dyna-Mac will be building the modules for, BW Offshore was recently awarded the contract with Santos for the FPSO delivery after the Australian oil firm sanctioned its Barossa field development, offshore Darwin in northern Australia.

The FPSO will be a large unit with a processing capacity for up to 800 million standard cubic feet per day (MMSCFD) of gas and a design capacity of 11,000 barrels per day of stabilized condensate. The FPSO will be turret moored with a newly built hull based on BW Offshore’s RapidFramework design. Initial gas production from the FPSO is expected during the first half of 2025.

BW Offshore has a lease and operate contract with Santos, with a firm period of 15 years, and 10 years of options. The firm period contract value is $4.6 billion.

The FPSO will be built in South Korea and Singapore before being towed and permanently located in the field where it will process natural gas prior to its transport via pipeline to Darwin LNG. Condensate will be stored on the FPSO for periodic offloading.