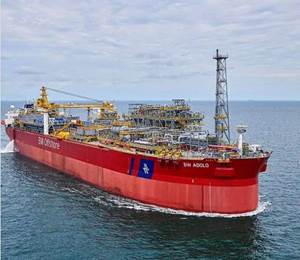 Oil and gas company BW Energy, with assets in Gabon and Brazil, has decided to cut down its planned Gabon investments by 50 percent, citing coronavirus outbreak, oil price uncertainty, and restriction on international travel.

"The impact of international travel restrictions is limiting the Company’s ability to move essential personnel, subcontractors and equipment to and from Gabon. This may affect the timing of the drilling of the planned DTM-7H well and the subsequent exploration well."

"The major contracts provide for certain termination rights under the current circumstances. The Company has for the same reason decided to not exercise the options for the two additional exploration wells under the existing rig contract," BW Energy said.

Also, in response to recent oil price volatility, BW Energy has decided to defer the Ruche Phase 1 development in Gabon, as well.

"The revised capital spending program for 2020 amounts to approximately USD 125 million, of which about USD 30 million was incurred as of the end of February. The revised program represents a 50% reduction to the Company’s previously announced capital expenditure program of approximately USD 250 million for 2020," the company said.

“We are continuously evaluating our drilling program and the potential impact for the DTM-7H well and the planned exploration well”, said Carl K. Arnet, the CEO BW Energy. “We are also taking decisive action to reduce investments in light of current market volatility and uncertainty, which combined with company-wide cost-saving initiatives will conserve liquidity.”

Total available liquidity as of the end of February 2020 amounted to USD 184.5 million in cash with no debt. In addition, BW Energy is continuing the process of finalizing reserve-based lending (RBL) facility with a syndicate of leading banks. The RBL facility will have a six-year term, with an initial amount of USD 200 million-plus an accordion of USD 100 million.

The company said that Dussafu offshore block's daily operations continue to perform in line with expectations with four wells (DTM-2H, DTM-3H, DTM-4H and DTM-5H) producing to the FPSO BW Adolo at a current rate of approximately 20,000 bbl/day oil production (gross).

The DTM-6H well is nearing the conclusion of its drilling and completion operations. This well is scheduled to be brought online by June.

In Brazil, BW Energy said it will continue to progress with regulatory and environmental approvals and pursue cost reducing initiatives for the Maromba offshore project as the company works toward project FID.

“Our response to the present turmoil in the oil market shows the strength and flexibility of our business model. By quickly adapting to the situation and delaying investments until we have a better line of sight of an improved market, we preserve our firepower,”  said Carl K. Arnet.

"Our projected production, phased development approach with short cycle-time to first oil and full capex discretion enable us to sustain a prolonged period of low oil prices. When the markets improve, we can quickly bring our developments back in execution mode and onwards to production.”