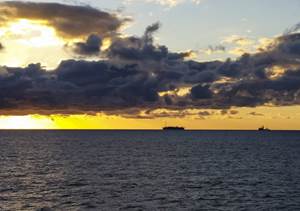 Brazil's government is considering an overhaul in the rules for auctions of subsalt oilfields, a senior official told newspaper Valor Economico.

Special secretary to the Economy Ministry Waldery Rodrigues told the newspaper the government could reduce the signing bonuses for two subsalt areas - Sepia and Atapu - that did not receive bids in the last auction.

Rodrigues said another option could be to reduce the percentage of oil that the government will keep - known as 'profit oil'.

Another change could be scrapping the preference given to state-controlled oil company Petrobras in future auctions, in order to make oilfields more attractive to private investors.

Petrobras and the Economy Ministry did not immediately reply to requests for comment on the report.

Rodrigues added that the government wants to carry out the auction of the two oilfields this year, but that it is a "tight calendar."