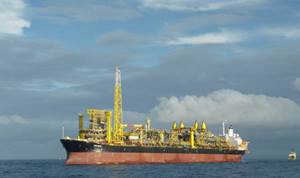 The company said that Wahoo had production potential of over 140 million barrels, and "fits precisely in the company’s value generation strategy."

BP in August said it had received notification from Brazilian National Petroleum Agency (ANP) of its approvals to postpone the deadline for declaring commerciality of the Wahoo (BP operator 35.7%, IBV Brasil Petróleo 35.7% Total 20%, Anadarko 8.6%) and Itaipu (BP operator 60%, Total 26.7%, Anadarko 13.3%) pre-salt discoveries offshore Brazil in the Campos basin, until June 2022. The sale of the stakes in the two blocks, means BP will cease to have any ownership.

PetroRio's acquisition of BP's share in the two blocks will have a fixed portion of US$ 100 million, which will be paid in installments between the signing and the completion of the transaction, plus a $40 million earn-out contingent on Itaipu’s unitization (or first oil).

In a statement on Thursday, Petro Rio said: "The Wahoo development will allow the company to create another production cluster, which will share all infrastructure with Frade field (including the FPSO), enabling the capture of synergies, resulting in significant and sustainable lifting cost reduction, while maintaining high levels of safety and efficiency."

To remind, PetroRio became the operator of the Frade field when it last year bought Chevron's 51.74% stake in the producing field - including the FPSO Frade -  increasing its interest to 70%. It then, in October 2019, bought a further 18.3% stake from Japanese trio Inpex, Sojitz, and Jogmec.

Wahoo is located 30-35 km north of Frade, with a water depth of 1,400 m, and has a carbonate reservoir at the pre-salt layer at a depth of 5,000 to 7,000 meters. Per PetroRio, Wahoo oil is of excellent quality, with 30º API, low viscosity, and associated gas that will be used to generate energy for the Frade FPSO.

Itaipu, which was discovered in 2009 and has 3 pilot wells drilled, is located close to the Whales Park cluster. Preliminary studies indicate that the accretion is potentially shared with the southeast portion of the cluster. Thus, the development of this area may go through a unitization process,
before any development definition. 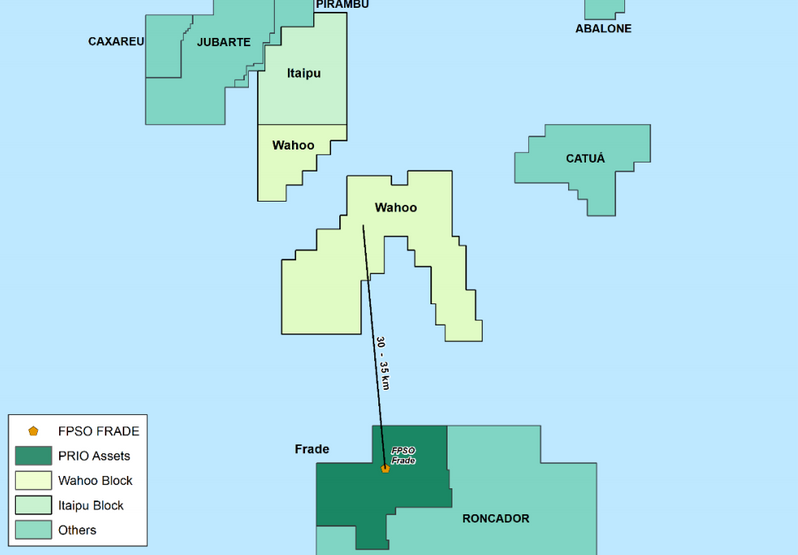