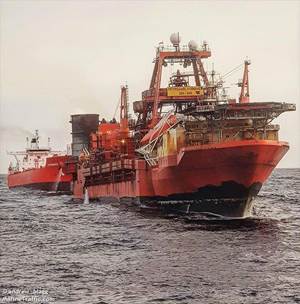 British oil major BP has suspended production from the Foinaven fields west of Shetland in the UK, as the long-serving FPSO Petrojarl Foinaven through which the fields are producing oil is nearing the end of its 25-year design life, and will be removed from site.

The Foinaven field was discovered in 1990 and sanctioned for development in 1994. It was the first deepwater development on the UKCS and the first west of Shetland. First oil from the field was in November 1997.

According to BP, to date, 390 million barrels of oil have been recovered from the Foinaven area. In 2020 average gross production from Foinaven was approximately 12,000 barrels equivalent a day (gross).

BP on Thursday morning informed its employees that it had stopped production as preparations begin to remove the Petrojarl Foinaven from operation.

According to BP, work had been underway to consider options to extend the life of the vessel out to 2025. That BP had thought of keeping the FPSO at the field for longer, proves the fact that it in March 2020  awarded a ten-year contract for the FPSO to Teekay Corporation.

However, BP said Thursday, it has now been concluded that, due to its age and the demands of operating west of Shetland, even with material further investment the Petrojarl Foinaven is not the right vehicle to recover the remaining resources from the Foinaven fields.

"The Foinaven field is currently shutdown in preparation for a planned turnaround to deliver maintenance and safety-critical activities. BO will now work closely with the FPSO duty holder Altera Infrastructure to ready the vessel for its safe removal, while preserving subsea equipment for potential future use.  The FPSO is expected to be taken off station and handed back to vessel owner Teekay Corporation in 2022," BP said.

While the FPSO will be removed, it's not the end for the Foinaven fields. Namely, given that there's an estimated 200 million of oil still in the area, BP and its partners are looking at options on how to produce what's left.

"BP and field partners have begun evaluating options to develop the estimated remaining resources of up to a possible 200 million barrels from the Foinaven field and surrounding area in the safest, most efficient, and sustainable way possible," the company said.

Emeka Emembolu, Senior Vice President bp North Sea said: "The Petrojarl Foinaven FPSO has been an icon in the North Sea, serving the first deepwater development on the UKCS and to the West of Shetland.

"Foinaven was the forerunner to our major Schiehallion and Clair developments which have helped establish the West of Shetland as a key strategic hub in BP’s global portfolio.

"Retiring the long-serving FPSO is now the safest and most economical option at this point. It also provides an opportunity to set the fields up for safe, efficient and more sustainable oil and gas production in the future, in line with BP’s and the North Sea region’s commitment to continue delivering safe and reliable oil and gas while transitioning to a net-zero integrated energy company.”

According to WorldEnergyReports, sort of an FPSO encyclopedia, the FPSO was an extensive rebuild of the almost new Russian submarine tender Anadyr, using the bow and stern from Anadyr, with a newly constructed double skin midsection. 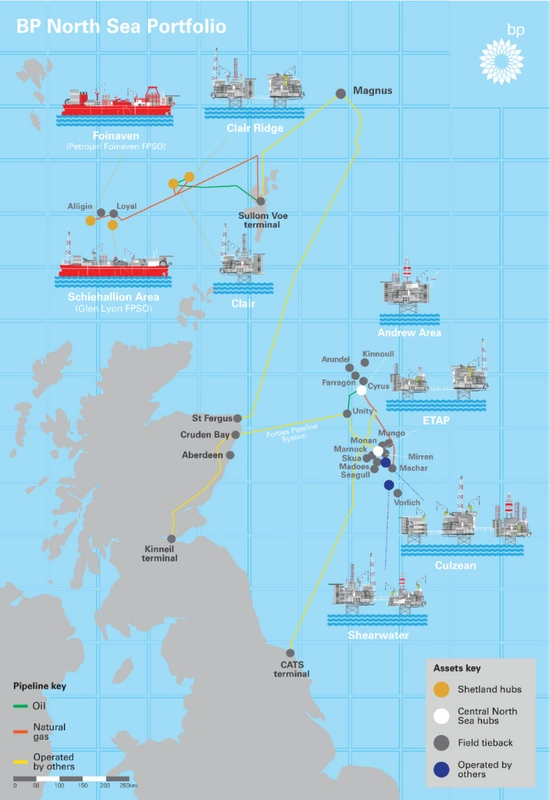