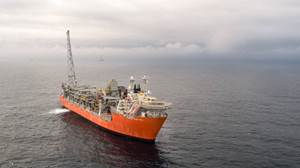 Norwegian oil and gas firm Aker BP has started up production from the Ærfugl field phase 1 in the Norwegian Sea.

Ærfugl, a gas reservoir, holds a total of around 300 million barrels of producible oil equivalents. It is a subsea project being developed in two phases.

Both phases are tied into the existing floating production vessel (FPSO) on the Skarv field, which is located approx. 210 km west of Sandnessjøen.

According to Aker BP, Ærfugl is one of the most profitable development projects on the Norwegian continental shelf.

The initial estimated break-even oil price was USD 18.5 per barrel (converted from gas). Due to increased reserves, earlier production, stronger dollar, and accelerated tax depreciation, the break-even price has improved to below USD 15 per barrel.

Total investment costs for the Ærfugl project (phase 1 and 2) are around NOK 8 billion (around $871 million).

Aker BP said that the development of Ærfugl is enabled in particular by two new technologies: More efficient drainage of reservoir through new vertical valve trees; and long distance, electrically heated flow lines to avoid hydrates in the gas pipelines. 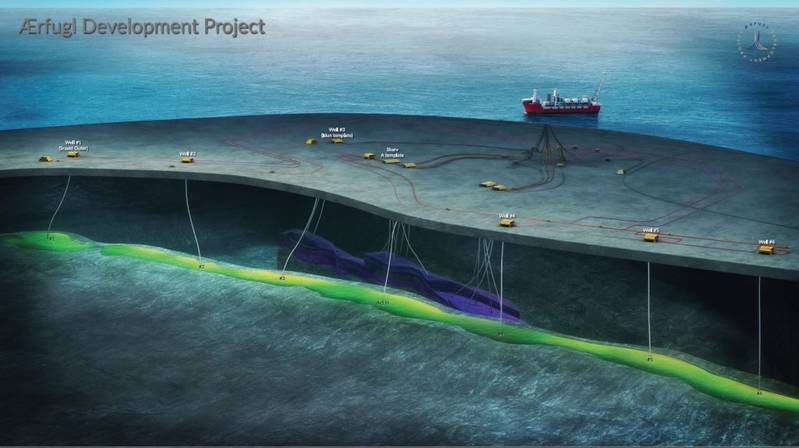 "Ærfugl is an important part of the area development and value creation in the area. When both phases of Ærfugl come on stream, we will significantly increase our utilization at the Skarv FPSO, representing roughly a doubling of production compared to current levels, says Sverre Isak Bjørn, VP Operations & Asset Development, Skarv area.

"The successful start-up of production from Phase 1 is a major milestone and a great achievement. However, there is no time to relax; we will keep momentum to safely deliver phase 2 on time and cost by the end of next year. Then we will celebrate, says Project manager for the Ærfugl development project, Tom Storvik.

Ærfugl was first put on stream with the test producer A-1H in 2013 and has since produced via Skarv FPSO.

In April this year, production started from the first Ærfugl phase 2 well – more than three years ahead of the original plan. The remaining two “phase 2 wells” will come on stream in 2021.

Aker BP's partners in the project are Equinor, Wintershall Dea and PGNiG