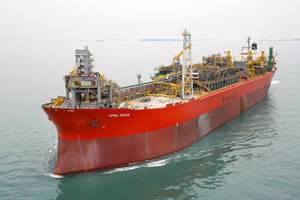 Oslo-listed owner of the FPSO BW Offshore said Friday that it had signed an agreement with PetroRio for a one-year extension for the lease and operation of the FPSO Polvo.

"The contract has been extended multiple times since the original firm contract ended in 2014, and this extension represents the 7th extension with the FPSO operating on the Polvo field in the Campos basin in Brazil during the whole period," BW Offshore said.

The Polvo field is located about 100km from the city of Cabo Frio in the Campos Basin offshore Brazil. The Polvo field - which began producing in 2007 - was the first PetroRio production asset.