1.
Establishment: PetroVietnam Oil Corporation (PV OIL) is a subsidiary of Vietnam National Oil and Gas Group (PetroVietnam), established pursuant to Decision No.
1250/QD-DKVN dated 6th June 2008 of the Board of Directors of PetroVietnam, consolidation of PetroVietnam Trading Company (Petechim) and PetroVietnam Oil Processing and Distribution Company (PDC).
The establishment of PetroVietnam Oil Corporation complies with the Government guideline on converting independent cost-accounting subsidiaries in State Corporations into the model of parent company ? subsidiary company for the purpose of adapting to the international integration trend, optimizing and promoting the resources, improving the competitive capacity in trading crude oil and petroleum products in domestic and international market.
PetroVietnam Oil Corporation has inherited collective strengths and business synergies of its two forerunners, namely Petechim Company and PDC Company, in the fields of crude oil export-import-trade and product process-trade-distribution.
Forerunners of PV OIL Petechim Company, formerly Oil and Gas Trading Company (trading as PetroVietnam Trading Company ? PVTC), was established on 8th April 1994.
In October 1994, Oil and Gas Trading Company was assigned to import-export crude oil and oil-gas equipment, machinery, materials and given the international trade name of Petechim from Oil and Gas Export and Import Company which had been under the direction of the Ministry of Trade.
On 27th September 2006, Petechim Company was changed into Oil and Gas Trading Single-Member Limited Company pursuant to the Decision No.
215/2006/QD-TTg of the Prime Minister.
PetroVietnam Oil Processing and Distribution Company (PDC) was established in 1996 by restructuring Tuy Ha Petrochemical Processing Company and Oil and Lubricant Company (VIDAMO).
In April 2001, 2 petroleum trading enterprises of PTSC Company were merged into PDC Company for the purpose of reinforcing technical infrastructures , making PDC core unit in oil and gas industry, distributing and trading petroleum products nation-wide.
In 2007, PDC Company was changed into the model of Single-Member Limited Company.
In October 2007, PDC was given the ownership of shares at Petromekong from PetroVietnam Group.
2.
Four-year development period PV OIL officially came into operation on 1st July 2008.
Over 4 years of development, PV OIL has intensively and extensively grown, spreading the scale and scope of its activities throughout Vietnam and abroad.
The structure of the headquarter and its subsidiaries have been improved to increase business efficiency.
The number of attached units increased significantly from ? in the beginning to ? at the current stage.
Our presence has also expanded into Singaporean and Laos markets.
Investing and developing technical and technological bases/facilities is one of the major missions as well as important solutions to ensure the upto-2015 accelerated development strategy.
A number of projects have been implemented and put into operation, such as the expansion of the Condensate Processing Plant; Ethanol (E100) factory for production of Bio-fuels; lubricant manufacturing plant, etc.
The capacity of the terminal - transshipment warehouses has more than doubled in comparison with the time of establishment.
Technical and technological systems at oil product terminals have gradually been modernized.
The network of company owned petroleum stations has also expanded significantly, from 49, to more than 500 at the establishment.
Besides, PV OIL?s products are now distributed at over 2,500 dealer operated petroleum stations.
The network warrants the Corporation?s sustainable development of petroleum business activities.
The petroleum product transport fleets are enlarging with a steady increase in numbers of tank trucks, barges and freighters of PV OIL Trans, which ensure stable supply for petroleum stations.
On the other hand, the Corporation is also developing and enhancing the workforce, largely contributing to the target of sustainable development.
Efficient training programs, particularly the internal training program for all employees, from capital management representatives to workers at petroleum stations, have helped reinforce the workforce with valuable experience and expertise.
ERP and integrated management systems as well as PV OIL culture are being built aiming at working standards and core corporate values.
All the resources and the foundation have been setting the stage for a strong and sustainable growth of PV OIL, increasing efficiency in production and business activities, as well as contributing to the petroleum Government policy of price stabilization controling inflation, ensuring economic growth and social security. 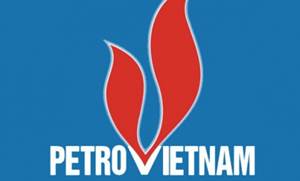